In my last post, I explained why resolution matters in food webs. However, I never properly introduced what is a food web and how to build them. 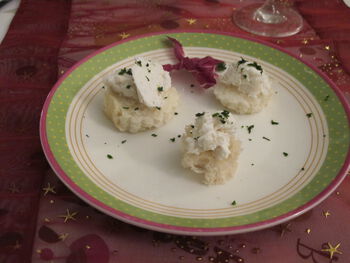 Atlantic cod (Gadus morhua) is an iconic fish species world-wide. How did such a fish become THE FISH? And, in the future, will we still be able to have cod on our table as Christmas delicacy? 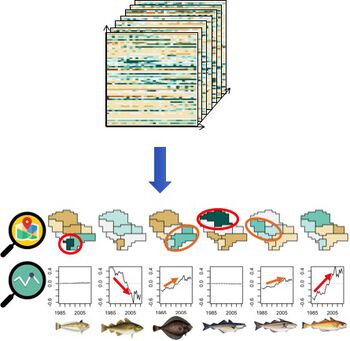 Understanding the spatio-temporal dynamics of biotic communities (i.e. knowing when and where different species are) is crucial for the management and conservation of ecosystems. We promote the use of an advanced statistical method, called ‘tensor decomposition’, to reveal the spatio-temporal dynamics of species assemblages using the multidimensionality of collected data set (see study by Frelat et al. 2017).

Why we need more holistic approaches? An example of Baltic salmon

The concept of ecosystem-based management (EBM) has become popular for marine research and management in recent years. While there is no commonly accepted definition of EBM, “holistic” is one of the common descriptions for such approach[1]. Why do we need a holistic approach? Let us take salmon as an example. Imagine you are a salmon that was born in a river of a Northern Baltic country. What kind of life would that be? 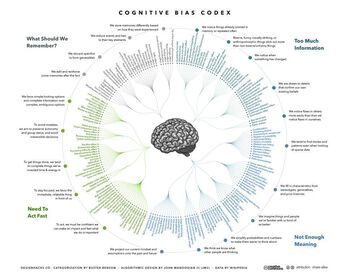 Marine systems are characterised as highly complex, being subject to multiple drivers (e.g. climate change or fishing pressure) and being riddled by high uncertainties. Yet, we still manage to come up with models to simulate ecosystem dynamics or establish fishing quotas. In order to achieve this we rely on experts and their judgements. Especially in situations where empirical data is scarce experts are often the best or even only source of information. Experts help to make sense of ambiguous data or, in case of no data, are able to provide input due to their acquired learning and experience. These expert judgments are indispensable but it pays to be aware that they are not perfect. While the idea that people are not always rational agents has been widely accepted, it is often overlooked that experts are humans, too.

The spawning migration of the Northeast Arctic cod

Many animals migrate for various reasons, for instance to find new feeding grounds, survive harsh climate, or reproduce. Northeast Arctic cod is a fish that is of high economic importance to Norway and Russia and which undertakes annual migrations. Here, I will talk about its spawning migration and highlight some of its costs and benefits. 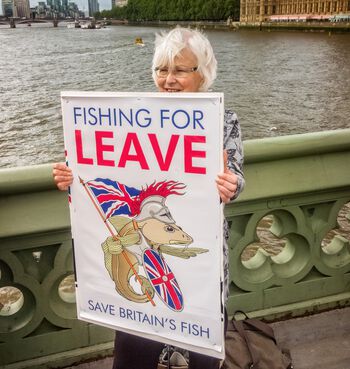 Fish without borders: can the UK claim their fish after Brexit? Harvesting, climate and population structure of harvested stocks in the Barents Sea

Since Hjort in 1914 it is accepted that recruitment variation is a major source of variability in the biomass of adult fish. In a recent study published in Marine Ecology Progress Series (Durant & Hjermann 2017) we investigated how external forcing and age structure alter the effect of the year-to-year recruitment variability on population growth for some key fish species which occupy different trophic levels in an Arcto-boreal marine ecosystem.

For the second time this summer, an intense heat spell is on the rise in many European countries as temperatures go beyond 40 C. Official heatwave warnings and instructions are issued repeatedly for european citizens who often flee to the sea breeze to cool off. But exactly how cold is the water that we are turning to for a bit of comfort in days like that? We are all familiar with the idea of global warming, but have you ever wondered what happens once such extreme heat penetrates the sea surface into the marine world? Does the ocean ever develop heatwave ''fever ''? Conventional fishing management by governmental regulation often oversimplifies the complex interplay of power relationships between fishers and other stakeholders. In a recent study published in Ecology and Society (Kininmonth et al. 2017), we looked how the fishing-traders relationships may affect fishing patterns in light of market or ecological changes. 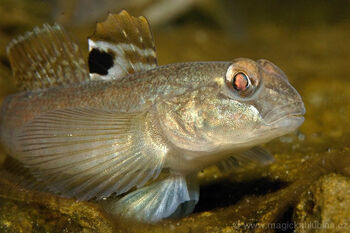 Food web describe the diversity of species and their feeding relationships. In theory, building a food web comes down to listing trophic relationships. In practise, building a comprehensive food web is challenging and comes at some cost. Nonetheless, our methodology presented hereinbelow can be used to find the best trade-offs.

Does fishing influence how sensitive fish stocks are to climate?

High fishing pressure tends to lead to proportionally fewer old and large individuals in fish stocks. It is feared that these demographic changes make the fish stocks more sensitive to climate variability and change. Statistical analysis of long-term survey data on cod eggs throws new light on the possible mechanisms.

In March 2016, a Memorandum of Understanding for Seas of Norden Research School (SEANORS) promoting collaborative marine research and training in the Nordic countries was signed by the rectors of 9 Nordic universities.

Spawning time and location are important factors affecting the reproductive cycle for migratory fish by potentially affecting offspring survival and growth. We examine this relationships by using a drift model for early life stages (eggs to age 1) of the Northeast Arctic cod combined with empirical estimates of spatial variation in mortality at two different life stages (Langangen et al. 2016).

The marine work at CEES

The Marine Group of CEES was created in august 2005 as a platform where people with common interest meet and exchange ideas. In 2015 we were about 20 post-docs and PhDs financed on project money. I think it is time after more than a decade to look at the success and failure of our group, generally share experience, and maybe brag a little.

Cascades in the Barents Sea

Mass mortality events are events that cause elevated mortality that may reduce the population size over a short period. Such events are likely on the rise across the globe and for several taxa (Fey et al. 2015). We recently investigated how such events may affect the community of interacting species in the Barents Sea. For this investigation, we constructed a multi-species model of a key component of the Barents Sea ecosystem consisting of fish and zooplankton

It is notoriously difficult to estimate mortality rates for zooplankton populations in the open ocean. In a new paper, Kvile and colleagues demonstrate that mortality estimation can be improved using a statistical regression approach (SRA) that takes into account advection and spatiotemporal trends in recruitment. Using this method on Calanus finmarchicus survey data from the Norwegian Sea–Barents Sea, they find indications of increased mortality for the oldest copepodite stage pair (CIV–CV), possibly reflecting higher predation pressure on larger copepodites.

Growing evidence suggests that the telomeres’ length (a non-coding DNA sequence localized at the end of the chromosomes) is related to individual breeding performances and survival rates in several species.

The hand of Code: Developmental transcriptomics in haddock

The development of haddock embryos is highly impacted by oil exposure as discussed in a previous post. In a new study Sørhus et al. explored the link between transcriptional changes and developmental processes such as pattern formation and organogenesis. The question is to understand the abnormal development in fish.

Disentangling the mechanisms behind climate effects on a key zooplankton species

A recently paper published in PNAS,  members of the CEES Marine Group explore potential climate effects on Calanus finmarchicus, a key zooplankton species in the North Atlantic. The paper shows how the combination of shallow mixed-layer-depth and increased wind apparently increases chlorophyll biomass in spring, and in turn C. finmarchicus biomass in summer. These findings strongly suggest bottom-up effects of food availability on zooplankton, and highlight the need to consider climate effects “beyond temperature” when projecting zooplankton dynamics under climate change.

Friday 11 December 2015, Kristina Øie Kvile has defended her PhD about the climate effects on Calanus finmarchicus dynamics with success.

Penguins in a frying pan

Penguins are highly visible species for the public. Their life has been portrayed in many movies. Unfortunately they are also species impacted by climate change. In a recent publication a team led by Charles Bost used long-term data to relate the large-scale climatic anomalies in the Southern Hemisphere to the foraging behaviour and population dynamics of the king penguin.