The first MARmaED Progress Report for the European Commission was delivered, on schedule, at the end of October 2016.

As part of our continuous reporting to the European Commission, we were required to submit a progress report documenting the general progress of the project so far, both scientifically and administratively, and what the impact of the action overall has been to date.

A great deal has happened in 2016, all 15 Early Stage Researchers were recruited on schedule, we have held two meetings, published three papers, attended 19 conferences where 14 talks and 10 posters were presented, two of these posters won prizes.

We have had our first T-MARmaED training event focusing on ecosystem based management, climatology and communication, in addition to the local researchers three external climatologists and a journalist were also invited to the course.

Below is a table that was included in the report summarising the scientific progress of the Early Stage Researchers: 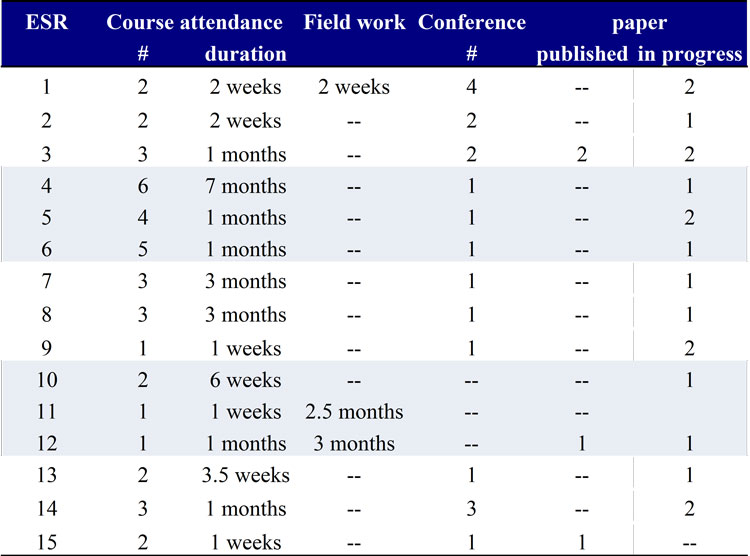