Does fishing influence how sensitive fish stocks are to climate?

High fishing pressure tends to lead to proportionally fewer old and large individuals in fish stocks. It is feared that these demographic changes make the fish stocks more sensitive to climate variability and change. Statistical analysis of long-term survey data on cod eggs throws new light on the possible mechanisms.

In March 2016, a Memorandum of Understanding for Seas of Norden Research School (SEANORS) promoting collaborative marine research and training in the Nordic countries was signed by the rectors of 9 Nordic universities. 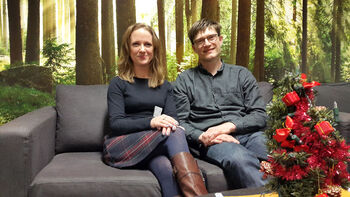 The first MARmaED Progress Report for the European Commission was delivered, on schedule, at the end of October 2016.

Spawning time and location are important factors affecting the reproductive cycle for migratory fish by potentially affecting offspring survival and growth. We examine this relationships by using a drift model for early life stages (eggs to age 1) of the Northeast Arctic cod combined with empirical estimates of spatial variation in mortality at two different life stages (Langangen et al. 2016).

The marine work at CEES

The Marine Group of CEES was created in august 2005 as a platform where people with common interest meet and exchange ideas. In 2015 we were about 20 post-docs and PhDs financed on project money. I think it is time after more than a decade to look at the success and failure of our group, generally share experience, and maybe brag a little.

Five of our Early Stage Researchers will be presenting papers and posters at the ICES Annual Science Conference (ASC) in Riga, Latvia.  The details of the talks and posters can be found below.

MARmaED ESR's Tom Langbehn and Romain Frelat will participate in sessions at the YOUMARES 7 Convention for Young Scientists and Engineers. 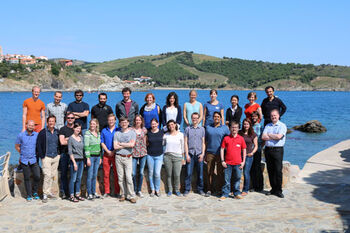 The MARmaED project organised its first annual meeting and summer school on 23-28 May in Banyuls sur mer, France.

Cascades in the Barents Sea

Mass mortality events are events that cause elevated mortality that may reduce the population size over a short period. Such events are likely on the rise across the globe and for several taxa (Fey et al. 2015). We recently investigated how such events may affect the community of interacting species in the Barents Sea. For this investigation, we constructed a multi-species model of a key component of the Barents Sea ecosystem consisting of fish and zooplankton

It is notoriously difficult to estimate mortality rates for zooplankton populations in the open ocean. In a new paper, Kvile and colleagues demonstrate that mortality estimation can be improved using a statistical regression approach (SRA) that takes into account advection and spatiotemporal trends in recruitment. Using this method on Calanus finmarchicus survey data from the Norwegian Sea–Barents Sea, they find indications of increased mortality for the oldest copepodite stage pair (CIV–CV), possibly reflecting higher predation pressure on larger copepodites.

Growing evidence suggests that the telomeres’ length (a non-coding DNA sequence localized at the end of the chromosomes) is related to individual breeding performances and survival rates in several species. MARmaED Early Stage Researcher from the Netherlands has started working at the National Institute of Aquatic Resources, Technical University of Denmark on 15 March 2016. The 15 MARmaED Early Stage Researchers are now recruited and our project on Marine Management and Ecosystem Dynamics under Climate Change can effectively start.

The hand of Code: Developmental transcriptomics in haddock

The development of haddock embryos is highly impacted by oil exposure as discussed in a previous post. In a new study Sørhus et al. explored the link between transcriptional changes and developmental processes such as pattern formation and organogenesis. The question is to understand the abnormal development in fish. MARmaED Early Stage Researcher from Sweden has started working at the Centre for Ecological and Evolutionary Synthesis at the University of Oslo on 1 March 2016.